Member of the family confirms Manana Matemotja’s return home today. The 16 year-old girl was missing since the 8th of April 2020. The case was opened and residents were urged to assist with the search of Manana.

She was later seen in Lusaka, far East of Mamelodi. No one came forth with the information on where Manana was for the past 11 days.

Today Manana returned home “okay” and is it not yet know where she was all along.

At the moment it is not clear if the police are informed about her return.

The occupants are believed to have occupied about 550 rentals in December.

During the evacuation period, the rightful owners of the flat were queuing outside for collection of their keys while others said those flats belongs to them.

The houses are still incomplete and have no basic services such as water and electricity.

” I saw the police evict people from the flats, it was caos, their furniture was outside. I heared that last of last week this people were given three days to leave the flats from the authorities, not the police took them out by force. We are not sure what to expect today”, said one of the residents who wish not to be named.

No violence occurred during the incident.

Last year the 15th of April 2015, it was reported that hundreds of people were removed by Red Ants using rubber bullets in Nelmapius flats and left sitting on the side of the road with their belongings.

Councillor Mmina-Tau Marishane of Ward 15 in Mamelodi declined to comment on the house saga that continues to occur in Mamelodi.

Rumors says there will be war in Mamelodi regarding the flats.

Gauteng police are currently searching for suspects after a robbery that took place at Lusaka pre-school in Mamelodi East on Monday.

Preliminary reports indicate that on Monday after midday, a group of 19 international students and two professors arrived at Viva Foundation School in Mamelodi East for an outreach programme. “It is alleged that a group of not less than five armed suspects accosted the visitors and robbed them of personal belongings including: laptops, cellphones, cameras, passports, plane tickets, bags and US dollars,” police spokesperson Brigadier Mathapelo Peters said in a statement on Monday.During the robbery, a school staff member was assaulted by the robbers while one of the public members was struck by a stray bullet by the suspects who allegedly fired shots as they fled the scene. “Police will leave no stone unturned in ensuring that these suspects are found and brought to book,” said Provincial Commissioner, Lieutenant General Elias Mawela said. Police are appealing to the public to come forward with any information leading to the suspects’ arrest. The wounded or assaulted victims were not immediately available for comment.

Mamelodi East residents took initiative to vote on Wednesday. For those who were voting for ANC are currently celebrating with the party. The top five parties in the country are: ANC (61.87%), EFF (18.64%), DA (11.18%), VF+ (4.32%) and UCDP (0.48%). ” I voted already, I feel good about voting and is not my first time casting my vote, I feel that ANC still need a chance to rectify mistakes, have to be acknowledged to continue growing South Africa”, said one of the resident, Amanda Mangadi.

Other voters on the queue felt that ANC has done so much for people including RDP houses and free medications and said that they are really hoping for change in the country. ANC will be continuing to run and govern the country. 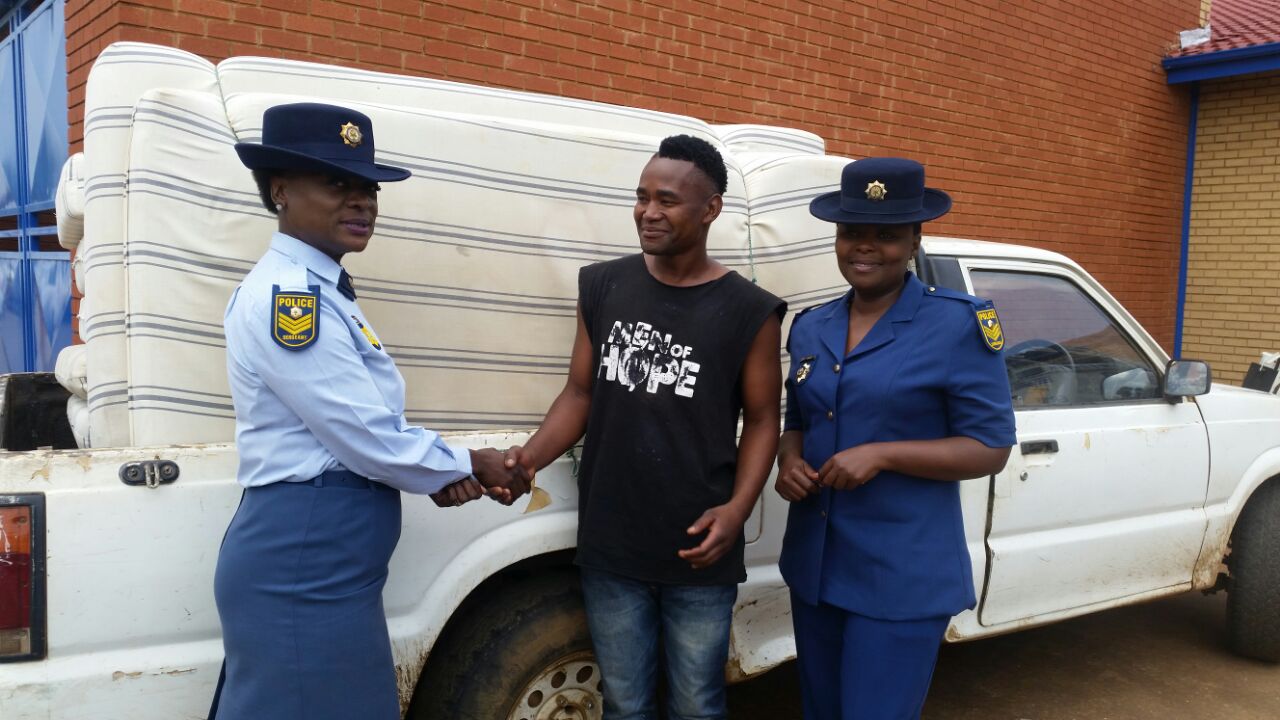 A couple runs children centre in Mamelodi East, Extension 5. The centre called House Of Faith and it opens six days a week including Saturdays. The children’s age ranges from three to 14 years old. The organisation is depending on the parent’s contributions and does not have anyone relying upon. They have about 50 kids that they currently assist with homework, food and clothing that another organisation donates to the centre. “The challenge that we are having is that not all the parents contribute and we sometimes don’t have enough to give the kids”, said Lucky Mbatha. They used to cook for them before and their stove broke. They now give the kids biscuits and juice until they get a new cooker. The organisation was registered this year February. They help all the kids who can benefit from the organisation. “We are not only helping children from disadvantaged families any who can benefit from this programs, we believe that all the children need someone to help them with something”, said Khosi Mchunu. The couple sometimes visits schools to motivate children. They are not only helping with school work but they also do parent to children talk, play games, sometimes have a movie day and fun days at the centre. Khosi Mchunu says she plays a mother role to the kids as well where as Lucky plays a father role. They would love to get a sponsor for table and chairs for the kids, reading books, indigenous toys, a day to day food and furniture (shelves for the books). They plan to bring more people or volunteers to assist with teaching differently. Anyone with any help for the kids can directly phone Aus Khosi on 079 740 8403. Sharing is caring.

Mamelodi East police were called to the scene in Phase 2 yesterday afternoon after a 32-year-old man was hit by a goods train. “It is unclear what exactly happened at this stage but deceased known in that area was found lying near the rail line in what appears to be hit by a train”, said the police spokesperson captain Michael Mbewe. Inquest docket is opened for investigation.

Mamelodi Happenings
Create a free website or blog at WordPress.com.